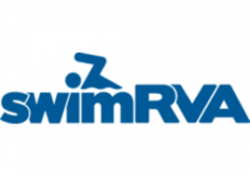 The mission of SwimRVA is to elevate swimming in the Richmond region making water safety and aquatic fitness more accessible to all.

SwimRVA operates programming at four locations throughout the region including our flagship facility which boasts the competition pool from the 2008 U.S. Olympic Team Trials.

Richmond, Virginia is also one of the coolest places to live!  Right here in the Richmond region, a creative culture has popped up through the cobblestones.  Here, murals cover the walls of local restaurants and shops.  We have charming neighborhoods like the Fan District, which was named one of The South’s Best Neighborhoods by Southern Living.  Major art museums draw national attention.  Artisans share their talents in shops and markets.  Food is an art here, too.  In fact, National Geographic put us on their list of the world’s – yep, the world’s- “top 10 places to travel for food.”  Running through it all: the James River.  You can whitewater raft through downtown on its class III and class IV rapids. Bike the Virginia Capital Trail alongside the James.  Or, just hang out on the river rocks with your dog.  We’re a place of stories, with 300+ historic markers to prove it.  A place of architectural eye candy.  A place of where you can drive from one great experience to another, and it’s within a day of most of the east coast.

Come and grow with us at SwimRVA and enjoy the playground we call RICHMOND!

Email me jobs from SwimRVA