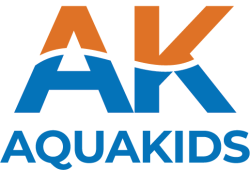 The Aquakids began in the summer of 1961 when Bob Courtway moved to Conway and joined the faculty of Hendrix College. Although the early teams had only male members, by 1965, 90 girls and boys participated the popular new sport. Bob and Betty Courtway, with the help of many parents, took their team to swim meets in every area of the state. "Coach Courtway" held the first Hendrix Invitational Swim Meet in January 1962. This is the longest running meet in our state and continues to be a high point in the HAK program. In 1972, the swim team was placed under the supervision of the Hendrix College swim coach, when Courtway was away earning his Ph.D. Coaches, Hendrix College, parents, and swimmers have worked over the years to develop the program Dr. Courtway began.

The program has produced several swimmers who have achieved regional, national, and international levels including John Hargis, who was a Gold medal winning member of the 1996 Olympic Team.

Email me jobs from The Aquakids